Megatrend autonomous driving – a key discipline for us. We develop and research innovative technologies and system solutions for our customers that support the success of highly automated, autonomous vehicles.
An exciting research insight is provided by our employee Kristian, Engineering Consultant and employee of ALTEN SW GmbH. In collaboration with ALTEN, he wrote his bachelor’s thesis on the topic of “Investigation of 3D simulations for test automation in the field of autonomous driving”. Having successfully completed his bachelor’s degree, he presents the findings from his research.

Problem
The complexity of automated driving functions up to the level of autonomous driving is constantly increasing. Performing tests is an important step in the development process and necessary to ensure their reliability. Testing in the real world can be time-consuming, costly and dangerous, especially when errors occur and the associated repetitions occur. Furthermore, when tests are automated, reproducibility must be ensured, which can be difficult or impossible depending on the situation (road users, weather and visibility conditions). In order to be able to test reliably nevertheless, simulators are used – especially in early phases of development – in which the software and hardware of a system can be represented completely or partially. The suitability of 3D vehicle simulation software for test automation in the vehicle development process is to be considered.

How does 3D vehicle simulation software work?
In 3D vehicle simulation software, the entire environment, including vehicles and sensors, is represented virtually. For the correct representation of the environment, two types of data are required, which are described in the standards of ASAM (Assosiation for Standardization of Automation and Measuring Systems). The ground truth describes all unmodified objects in the vehicle’s environment, such as traffic signs, traffic lights, roadway data and environmental conditions. The second data type describes sensors and is subdivided into SensorView, for objects relative to the sensor, and SensorData, for the data of the environment that the sensor perceives. ASAM defines other important standards for vehicle simulations with OpenX, such as OpenDrive for road networks or OpenScenario for the description of driving manoeuvres.

Even if the cost factor plays a major role in commercial software, it should not be forgotten that customer support and continuous further development are provided during the product’s lifetime. Furthermore, industry standards for software development are followed.

Added value of 3D vehicle simulation software
Particularly in the early stages of development, 3D vehicle simulation software can be used to validate the function, keeping the testing effort low and the number of use cases high. Especially the precise and immediate change of weather conditions and times of day offer a big advantage compared to testing in the real world. Furthermore, vehicle type and sensors can be changed in a simulation without much effort. 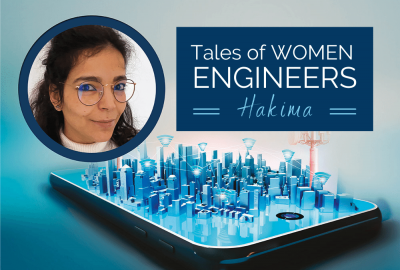 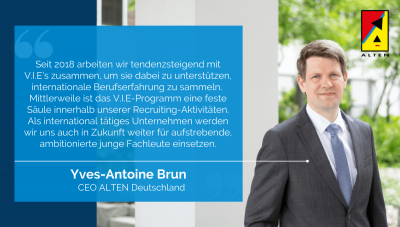 V.I.E Grand Prix Entreprises: we were a part of it Every two years, Business France and the Australian branch of CCEF (Conseillers du Commerce Extérieur de la France) organize a V.I.E Grand Prix, a competition to highlight and reward outstanding…

Eco Design / Green Coding: the environment at the core of digital As a leading IT partner, we place our customers’ digital challenges at the core of our priorities. The current nature of their concerns is twofold: environmental and economic. Firstly, because…

Our website with new address Since December 2020, ALTEN Germany with its associated companies is presenting itself on a joint website within the ALTEN Brand. To further emphasize this unified presence, the domain now also…

Working at ALTEN – Employee Portrait Engineering Consultant Who actually makes sure that all the colors and surfaces in the car are matching? People like our employee Dirk. Living in Upper Franconia, he is responsible for Grain &…

ALTEN offers voluntary rapid tests as part of job interviews The corona pandemic has been with us for the 2nd year in a row. The resulting necessary protective measures against COVID-19 have long been established in everyday work at ALTEN.… 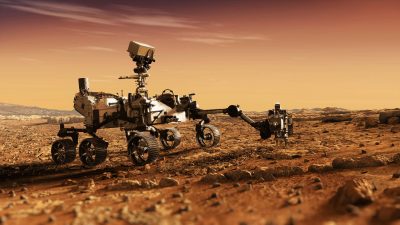